We understand veterans face unique struggles that lead to mental health concerns. At our Mental Health Treatment Center in San Diego, we are sensitive to your challenges. Solara will find every possible solution to enable you to live the life that you are meant to live.
Mental Health and Wellness

Bipolar Disorder is estimated to be 2.8% of US adults in the year 2020. According to the VA, more than one-third of veterans returning from Iraq and Afghanistan have received a mental health diagnosis including PTSD, depression, schizophrenia, and bipolar disorder.

Bipolar disorder is a mental health disorder that causes abnormal shifts in mood, energy, activity levels, concentration, and the ability to carry out daily activities and tasks. These shifts in mood can include both manic and depressive episodes.

Mania and hypomania episodes share similar symptoms of heightened mood but differ in severity. Manic symptoms have the potential to cause a mental break from reality, while hypomanic symptoms are less severe.

Manic and hypomanic episodes may include:

In more severe manic episodes causing psychosis, a person may experience delusions such as believing they have special abilities or supreme social connections.

Depressive episodes symptoms include but are not limited to:

Symptoms and Types of Bipolar Disorder

All types of bipolar disorder include a clear change in mood, energy, and activity levels. Mood swings include periods of overly heightened moods to lowered moods.

There are three types of bipolar disorder:

Although there is no definitive cause of the bipolar disorder, there are factors that can increase the risk of a person developing this disorder.

PTSD is a common condition among veterans, people that have both PTSD and Bipolar disorder are common and result in a greater burden of symptoms than either condition alone. PTSD along with bipolar increases your risk of suicide and having a rapid cycle through the depressive and manic episodes.

A proper evaluation and assessment to receive an accurate diagnosis is the first step in treating bipolar disorder. A psychiatrist or medical professional, like the specialists at our facility in San Diego, can perform diagnostics within 24 hours of your arrival at our mental health facility.

Treatments for bipolar disorder can include medicine, therapy, and natural remedies or a combination of these.

Psychotherapy, otherwise known as talk therapy, can be used for treating bipolar disorders with the aim to help individuals understand their symptoms and triggers so they can better manage their disorder. Cognitive Behavioral Therapy (CBT), Dialectical Behavior Therapy (DBT), and Interpersonal and Social Rhythm Therapy (ISPRT) are all psychotherapies specifically used to treat bipolar disorders.

Alternative options to help with the treatment of bipolar disorders can include Transcranial Magnetic Stimulation (TMS) and natural remedies. TMS is non-invasive brain stimulation that uses an electromagnetic current to attempt to target areas of the brain that are known to be limited during a period of depression. Natural remedies that can help with symptoms of depressive and/or manic episodes can include fish oils, Rhodiola Rosea, s-adenosylmethionine, n-acetylcysteine, choline, and inositol.

Solara Mental Health is able to provide transportation to and from its facilities in San Diego, CA for most of the TriWest covered states.

Along with transportation, Solara can provide long-term housing at its beautiful Pacific Beach, San Diego residences that are close to the treatment center. These housing accommodations can be provided for both inpatient and outpatient treatment that may follow inpatient treatment.

Veterans may remain in housing for as many weeks or months as the VA insurance authorizes. We often find that the VA authorizes a considerable length of stay, allowing us the ability to provide quality treatment for the amount of time needed to heal and recover.

View our facilities in Pacific Beach to get a preview of what you might expect when choosing Solara Mental Health as your care provider.

Solara Mental Health in San Diego is focused on providing a safe environment for veterans to receive treatment for their bipolar disorder. Our mental health facility understands that each veteran will require different needs and resources, and we are prepared to create an individualized treatment plan to best fit their needs.

Solara Mental Health is VA contracted as a community care provider in order to help veterans with their mental health disorders, including bipolar disorder. If authorization occurs, we are able to provide housing, transportation, and accommodations to veterans in our care.

Please reach out to Solara Mental Health if you have any questions or want to learn more about our bipolar disorder program.

Your program provided our daughter with the most masterful therapist we have ever encountered (and we have used many).  She has had an unbelievable ability to see the long-term trajectory of our daughter’s treatment and to approach her treatment in stages that fit where my daughter’s development was.  We can’t say enough positive about her. 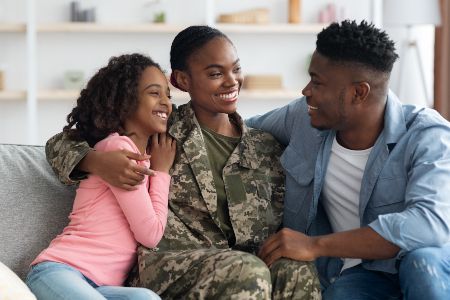 Veteran mental health can be affected by the service, but VA provides veterans healthcare that can include mental health benefits.
END_OF_DOCUMENT_TOKEN_TO_BE_REPLACED
https://solaramentalhealth.com/wp-content/uploads/va-mental-health.jpg 300 450 Staff Writer https://solaramentalhealth.com/wp-content/uploads/Solara-Mental-Health-VP-Logo.png Staff Writer2022-09-23 09:43:092022-09-23 09:44:10Does the VA Cover Mental Health? Although PTSD is often thought to affect service members that have seen combat, non-combat military members can also be afflicted with this disorder.
END_OF_DOCUMENT_TOKEN_TO_BE_REPLACED
https://solaramentalhealth.com/wp-content/uploads/non-combat-ptsd-1.jpg 300 450 Staff Writer https://solaramentalhealth.com/wp-content/uploads/Solara-Mental-Health-VP-Logo.png Staff Writer2022-08-22 11:40:012022-08-22 11:40:01Can Non-Combat Veterans Have PTSD?
X